David M. Rountree is a star of now cancelled TV show Ghost Stalkers and  director of operations at S.P.I.R.I.T (scientific paranormal investigative research and information technology. Acronyms are cool) labs, whose site features 10 downloadable PDFs on quantum mechanics authored by Rountree himself. In addition to this there are 10 PDFs on the correlation between quantum physics and paranormal phenomena ranging from UFOs to ghosts and through cryptozoology.

Roundtree should know what he is talking about here, just look at the qualifications he claims to hold, and besides... HE WROTE THAT HE IS A PHYSICIST ON TWITTER! No-one lies on social media! 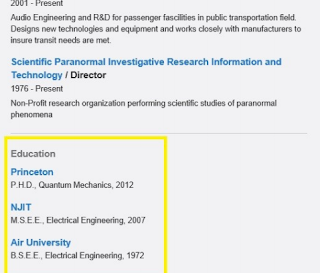 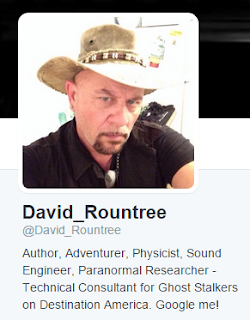 Also he makes some quite fundamental errors. For example in Quantum Physics 101-1, which consists of nothing more than the potted history of some of discoveries that led to the development of quantum physics, Rountree states this about Planck's constant:


"This is known as Planck’s Constant, and along with the speed of light, is one of the two key constants in physics."

Now even a second year degree student, like me, knows that there are far more than two key constants in physics, and Rountree claims to have a PhD in Quantum mechanics from Princeton!
He goes as far to even talk about Newton's theory of gravitation in the same paragraph, did he forget about Newton's gravitation constant G? What about all these constants?  Seems like an odd thing for a physicist to forget. 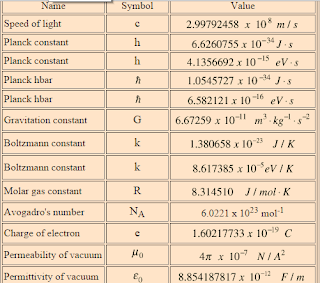 These are just for starters. I used every one of those during my first year.

Looking through the other PDFs among a few silly mistakes and over-simplifications, I couldn't really find anything that screamed "This was wrote by a PhD". For example, there isn't one single equation for example, in fact I'd say most of the imparted information could be found on Wikipedia or in a popular science book in any bookshop.
To be fair everyone makes mistakes, but this is a PhD and the PDFs never really rise beyond the level of a second grade book report.

I linked the documents to the awesome Dr. Matt Hunt PhD in applied mathematics, formerly of the much missed Fundamentally Flawed podcast, he made the same observation as I had:

"There are no equations when talking about quantum mechanics which suggests he doesn't have the skills to understand them."


This led me to question whether Rountree actually has a PhD in quantum mechanics, could he be lying about his qualifications? Before I deal with that (and boy will I), what is Rountree's actual claim linking quantum physics to the paranormal?

Woah woah woah.... The will of the observer?

See what Rountree does here? He blinds you with the wonder of legitimate science, the non-intuitive nature of quantum physics, then he sneaks past you a  BIG FAT LIE. Will isn't a measurable quantity, never has been. Never been show to have the damnedest effect on reality either, quantum or otherwise. Rountree has reality confused with a Green Lantern comic book. And "will" as with consciousness, has damn all to do with collapse of a wave function.

Also Rountree doesn't seem to understand the Copenhagen interpretation of quantum physics (again important to remember this is just one of many possible explanations for the probabilistic nature of quantum physics). The Copenhagen interpretation doesn't state that "nothing is real until you observe it" but that a quantum system doesn't adopt a fixed state until it interacts with something in its enviroment, causing the collapse of its wavefunction! The wavefunction being everything that can be known about the system while it remains isolated.

Rountree continues based on this faulty premise: 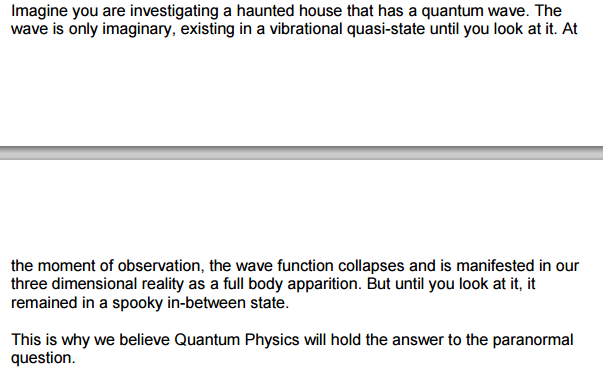 So a ghost is a quantum wave? There's one great big glaring problem with this premise. A "ghost" wouldn't be a object on a quantum-scale. As its visible with the naked eye, and often human sized, we'd assume it to be a macroscopic object, the number of particles it would have consist of (and it would have to consist of particles as to be seen it has to interact with photons) would exceed Avagado's number generally taken to be the limit of microscopic to macroscopic objects, otherwise there would no seeing it at all, it wouldn't be dense enough to even appear transparent.

I put this to Dr Matt, he had this to say:

Also remember when we talked on the last blog about the collapse of the wavefunction causing the observables to take a set value? Well the observables aren't "imaginary" and "real" are they? No they are things like momentum and position and energy... wait...  He actually said the wave is imaginary, therefore the ghost is imaginary. FUCK! I totally agree with that!

He spoils it by continuing.

The rest of Rountree's first set of PDFs reveal little else of his theories, instead he deviates on to other subjects such string theory. The second set of PDFs feature Rountree's connections to various paranormal phenomena. 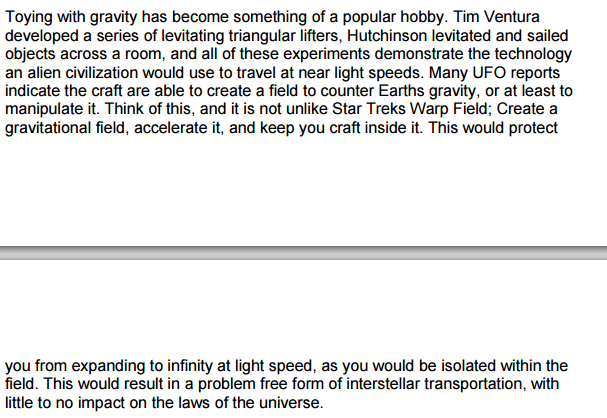 So Tim Ventura floated an object across the room, this is how UFOs travel, firstly Ventura's research can't be found in peer reviewed journals but in UFO sites and magazines. This is one of the first sources that Rountree has really cited and its pseudo-scientific rubbish. I can't even show a picture of the device Tim built because even the site American Anti-Gravity have removed it!

Also you know how Tim's object "defied gravity"? With a stream of ionized air!

Anyone need me to tell them why this isn't going to allow aliens to travel across THE VOID OF SPACE!

"Many UFO reports indicate the craft are able to create a field to counter Earths gravity, or at least to manipulate it."

What reports? Any chance we can see them? Nah, just take his word for it.

Moving on to the "Ghosts and Crytzoology" PDF, here Roundtree offers an alternative second hypothesis on the origin of ghosts.... because frankly I'm losing the will to live... I give in here.

There isn't an iota of evidence in any of these documents that Rountree is actually a PhD in quantum physics as he claims.

The first thing I did to check into Dave's education was go to Princeton's home page, from there I can search their library of thesis dating back to 1926, with thesis from 1997 onwards represented by full text. As Rountree claims to have qualified in 2012 his dissertation should definitely be there.

Hmm.... a few Rountrees. No David. And no results in quantum physics or mechanics. Why would there be no doctoral dissertation for David Rountree?

A General search reveals something unsurprising, Rountree is exposed on various sites by a multitude of people as, to be frank, a liar. Not only about qualifications but also about military service.
Let's be clear here what follows is the hard work of the cited individuals, who have been on Rountree's case for sometime. I reproduce it simply because I think as many people as possible should know what this man this. These people, who will be named, are awesome. I suck. 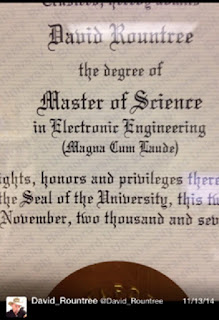 So has Rountree produced any evidence of his qualifications? The PhD in quantum mechanics, no not one jot, he's posted evidence of other qualifications, so why not this one? I'll let you draw your own conclusion.

On the left here's one he has posted, Master of Science in Electrical Engineering awarded in 2007. But from where? The seal of the certificate is obscured. If you look at the profile at the top of this blog Rountree does claim an MSEE in 2007. The crucial difference is Rountree claims that he got this degree from NJIT, the New Jersey Institute of Technology. Problem is, that isn't their seal. Its the seal of Belford University.

According to the Better Business Bureau, Belford is a scam university, a diploma mill, unaccredited. offering "life experience degrees". In 2012 it was hit by a $22.7 million dollar class-action lawsuit, which has, unfortunately not had much of an impact on its trade.

So Rountree is a Master of Science in the same sense as Kent Hovind is a doctor. i.e. Not at all.

Two qualifications down. One to go. His BSEE. Again Dave has posted "evidence" of this qualification on twitter: 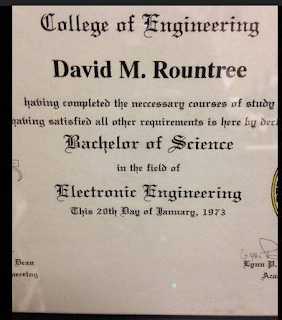 I'm going to let the authors of the brilliant No Blue Falcons Blog tell you the problems with this one, after you read this go tell them how much they rock.


"The first big red flag is the word “neccessary” in the first line under his name, which should actually be spelled NECESSARY... The second problem is in the following line. The words “here by” is also incorrect. The correct word should be “hereby”... David M. Rountree was born May 22, 1954. That means he did not graduate high school until 18 years later, which would be 1972. How was he able to obtain a four year degree in ONE year?"


And there is much more, you can read more of their conclusions here.

Rountree's lies don't stop at his qualifications as mentioned, but I do. My aim was to examine his claims with regards to physics and I have. You shouldn't stop here though. This man deserves to be exposed.

To read more about this shocking claims and fabrications follow these links:

So why does any of this matter?

Rountree is lying to gain respect in the paranormal field, he hides his bogus claims behind the shield of  authority in physics, It insults physicists and exploits ignorance. In doing so, he spits on everyone who worked their arse into the ground to gain a qualification IN ANYTHING, because he skipped the work and went straight for the reward and respect. And he's gettin' it too.

And how does he respond to his critics? As I've shown with more fabrications and with CHARMING images like this: 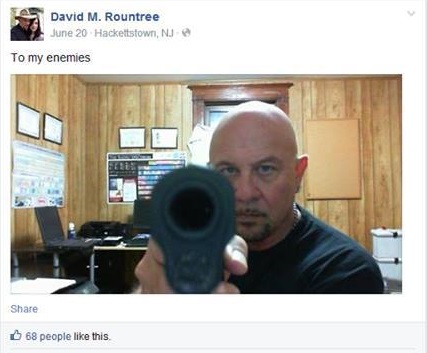 Really? A gun. What an outstanding man of science.

Tell you what Dave, I will retract all of this. Every word. I will sing your praises for a year. I'll Grovel.

All you have to do is one thing... tell me the title of your doctoral thesis and link me to it.

Up for the challenge soldier?

Thanks to everyone who helped me research this post. I got an immeasurable amount of assistance from TK Anderson, who also wrote this open letter to Rountree. The No Blue Falcons run a regular blog on the antics of Dodgy Dave, which is a second to none source of information. And To Matt Hunt for his expertise. Plus immeasurable others who contributed without even knowing.