He's Not a Ghost Witness... He's a Very Naughty Boy!

Anyone seen this story in the press yet?


"Mitch Glover, 14, was visiting the Neuville-St. Vaast German Cemetery in France on a class trip and snapped the photo with his iPhone. When he returned to his home in England, he saw the ghostly figure and later discovered the cemetery is near where Scottish soldiers from the 114th Seaforth Highlanders died in April 1917."

So let's look at that photo, and a close up: 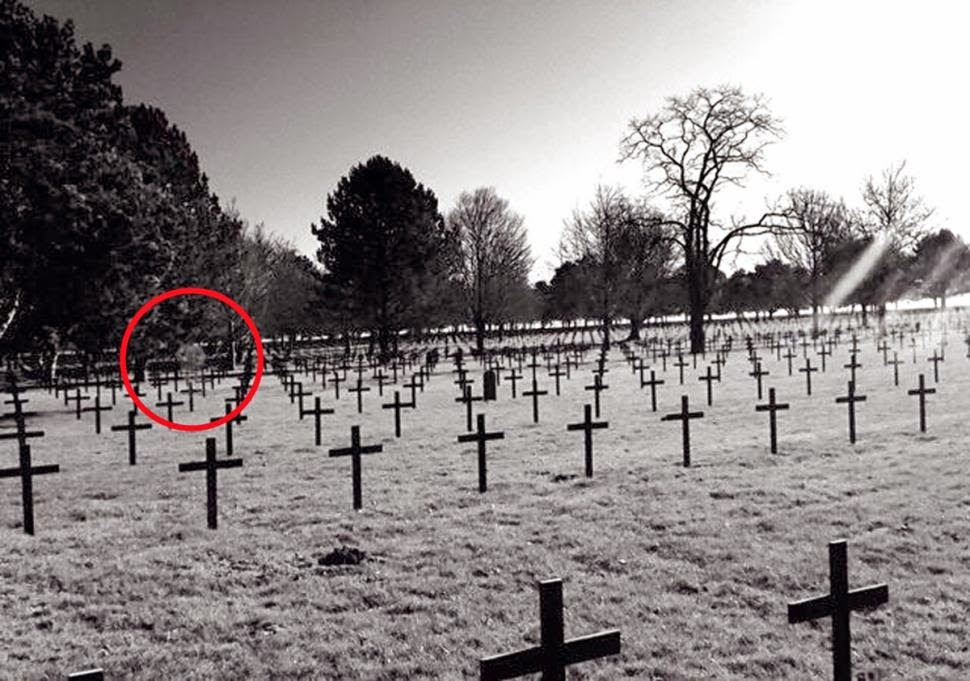 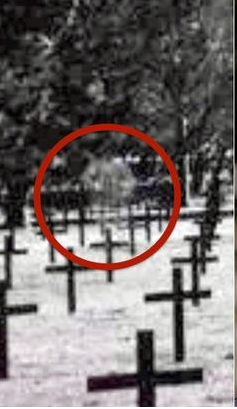 So initially I suspected this was a case of pariedolia, the Guys at the great Facebook page, Casebook: Paranormal thought this too and gave a great explanation of what could of caused such an effect:

Sorry guys, great explanation, but we got it wrong!

I found this fantastic image comparison by April Abercrombie at 13th Chime Paranormal*: 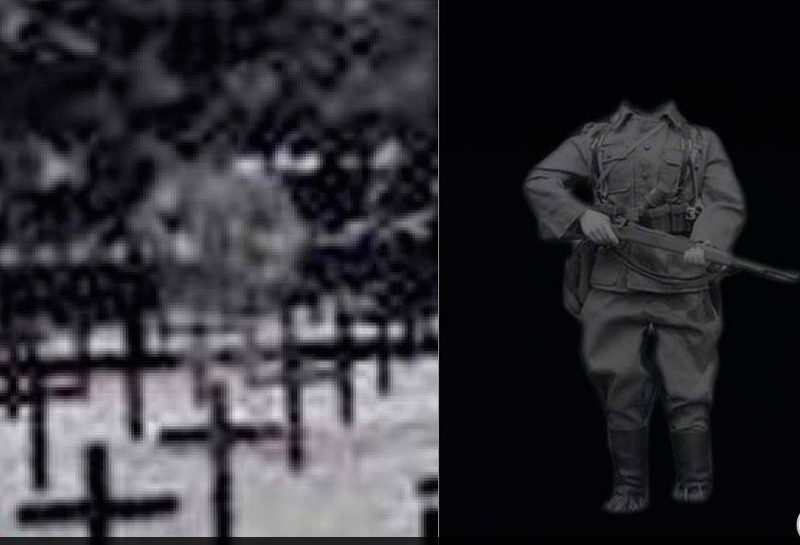 It would seem that someone has photoshopped the original image, adding in an image of what appears to be a headless action man.

An additional search by myself revealed that this image is available on a Spanish ios ghost app, Ghost Effects 1.6.

Sorry Mitch, you and your ghost are busted!