The Mirror and several other tabloids report today;

"Two teenagers claim to have taken a picture of a ghost while they were out for a Christmas dinner. Sophie Killip and Kayleigh Lomas, both 19, took a picture of the long tables and decorations decked out ready for a Christmas party.... But when they examined the snap an hour later they noticed a ghostly dark-haired child sitting at the end of the table. The girl, who appeared to have cuts on her head, wore old fashioned clothes and seemed to be staring straight at the camera from sunken eyes."

Let's take a look at the image in question. 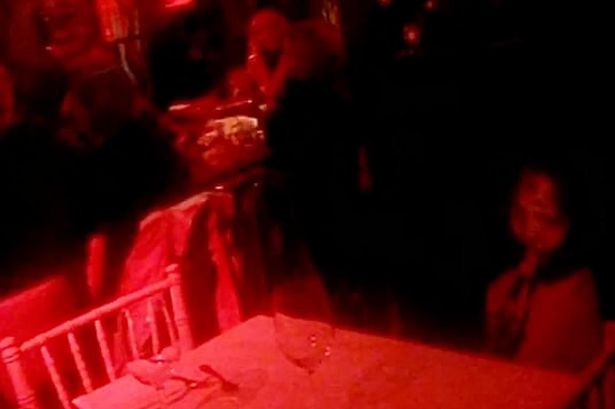 Turns out the above image reproduced in the Mirror is quite heavily cropped, this may be to focus more on the "ghost-child" but what this alteration actually does is hide the true nature of the image. I first thought this was pareidolia, but I now believe it is a face.

Take a look at this uncropped version of the picture from Unsolved.com 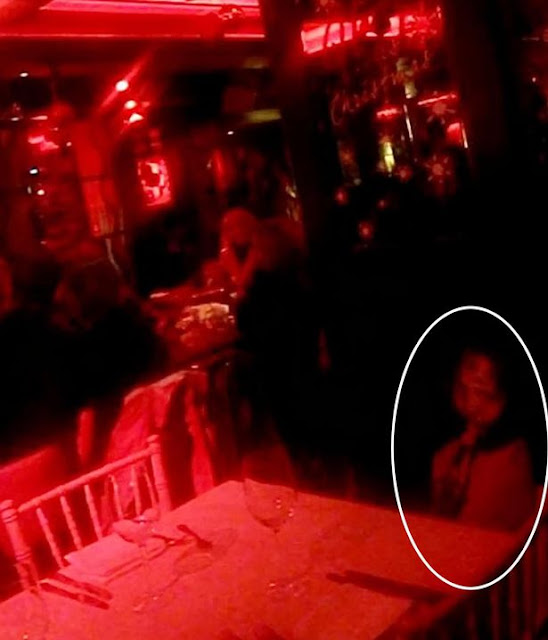 It's clear to see that the image occurs at the base of a mirrored column with "Merry Christmas" wrote on them. Let's look at the decor of Harry's Bar and Grill, Newcastle, where the image was taken. 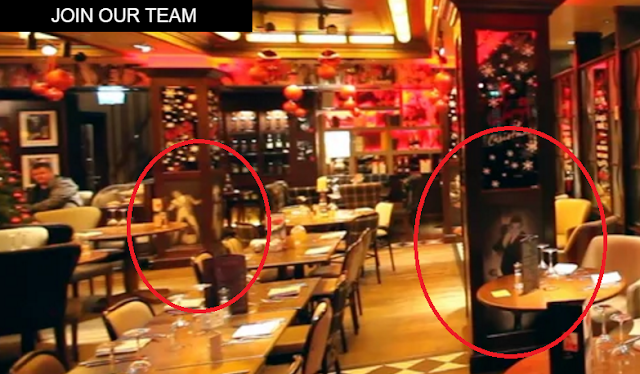 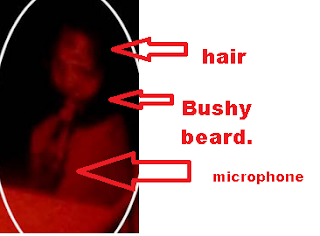 It's clear to see the bottom of the posts are adorned with the images of various legendary music stars and other performers. It would be odd if the only post in the building not adorned with a musician is the one by the table the girls pictured, wouldn't it?

I can't identify which singer or musician this maybe but his features are fairly clear. If anyone can more clearly identify who this is let me know in the comments.

What is pretty clear is this isn't a ghost, little girl or not.

Someone else isn't convinced either. The management of Harry's who posted this on Twitter and Facebook earlier. 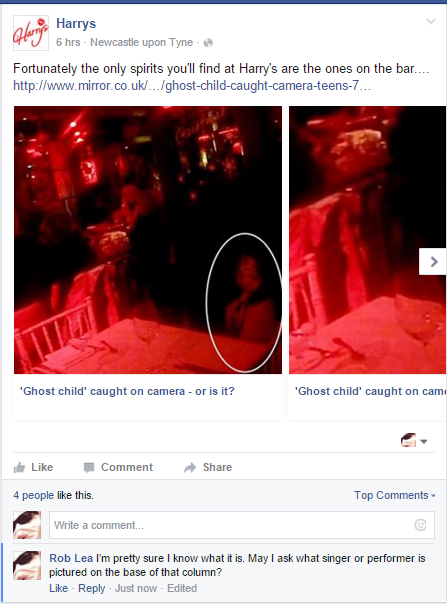 I suspect they already know full well who this image is of. I suspect that this isn't a deliberate hoax by Sophie and Kayleigh, they probably didn't remember the decor all that well, and I suspect  they were more than a little freaked out by this. At least, they made a couple of quid for Christmas from some lazy journalists.

UPDATE: The AWESOME Sally Grant found the exact image in the bar. Well done Sally, you've nailed this one.  See it circled below? 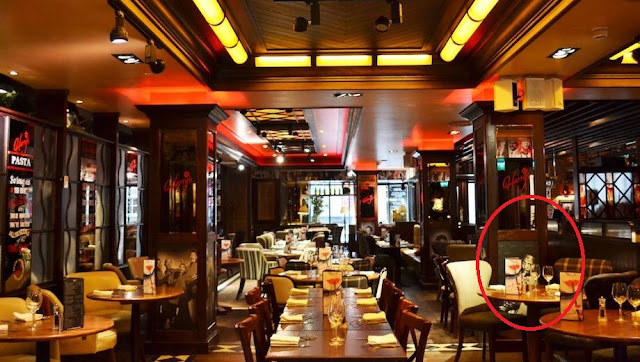 You can see what I thought was a microphone is actually a trumpet or trombone. 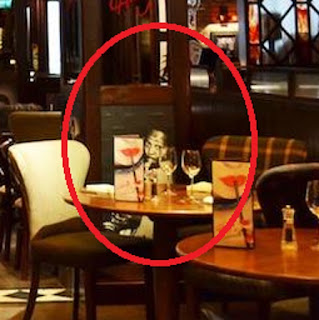 This case is closed.
Posted by Robert Lea at 19:04