The Politicization of science: Jordan Peterson's lesson from lobsters 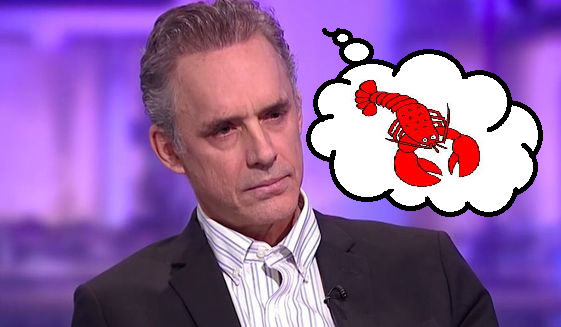 By now I'm sure many of you are aware of Jordan Peterson, professor of psychology at the University of Toronto. Peterson has become a darling of the Youtube alt-right crowd as a result of his refusal to refer to individuals by their prefered gender pronouns, especially new gender-neutral pronouns such as 'Ze' (1). Peterson recently made headlines across the globe when a rather spiky interview with channel four news host Cathy Newman, resulted in her being inundated with threatening and misogynistic messages, which is what happens when you dare to disagree with an alt-right idol in a public space, especially if you have the sheer audacity of being female as you're doing this. What caught my attention during this exchange was Peterson's attempt to suggest that human hierarchies are a result of evolution. In particular, Peterson points to the lobster as an example, and in doing so demonstrates the kind of knowledge of evolution we'd normally associate with a creationist.

I've avoided Peterson's arguments against new pronouns thus far, mainly because of how silly it all seems. Language changes frequently and the addition of new words to help define and categories new ideas are not restricted to expressions of gender. Peterson insists he is not 'transphobic' as he is frequently accused of being, but this defence somewhat falls apart when we investigate his argument and find he has no issue with other new terms being introduced to the lexicon. Peterson is fine with words such as 'dongle', 'emojii' and 'meme' all introduced to the Merriam Webster dictionary and other dictionaries in the last ten years (2). He only objects to the addition of words directly related to gender. Jordan argues that these new words somehow impinge on his right to free speech, which implies he alone has the right to decide how people should be identified. Like most alt-righters who argue for 'free-speech', it's only Jordan's own right to speak he's concerned with.

But in the aforementioned interview, Peterson attempted to suggest that human hierarchies aren't socially created, but are effects of human evolution. His evidence for this is the fact that lobsters also have hierarchies. Let's watch the section of the interview in which he makes this claim. If you want to watch the whole interview the link is in the sources (3). Pay special attention to the fact Jordan is clearly reading from pre-prepared notes (4).

Jordan says humans "divulged from lobsters". We should assume that Jordan means "diverge" rather than "divulge" an embarrassing slip and one that gives the distinct impression Petersen doesn't have a clue what he is talking about. Putting this lack of knowledge of terminology aside, the claim Peterson is making is simply not true. Humans did not diverge from lobsters. Jordan throws in the term "common ancestor" and that element is correct lobsters and humans do share a common ancestor. Peterson tells us that this divergence occurred 350 million years ago, but he is way out here. The ancestors of lobsters did indeed appear roughly 360 million years ago (5), but lobsters are invertebrates, specifically,  arthropods much like arachnids and insects, whilst humans are vertebrates. These are completely separate groups on the phylogenic tree, and diverged at least 500 million years ago (5). As the main difference between two groups of animals is a completely different skeletal structure, it seems sensible to suggest that they diverged before the development of any type of skeletal structure at all. Probably something similar to a roundworm with a centralised nervous system. So human societal structures and lobster hierarchies are completely unrelated as even conservative estimations show the vertebrate branch of the phylogenic tree diverged hundreds of millions of years before the emergence of the proto-lobster. 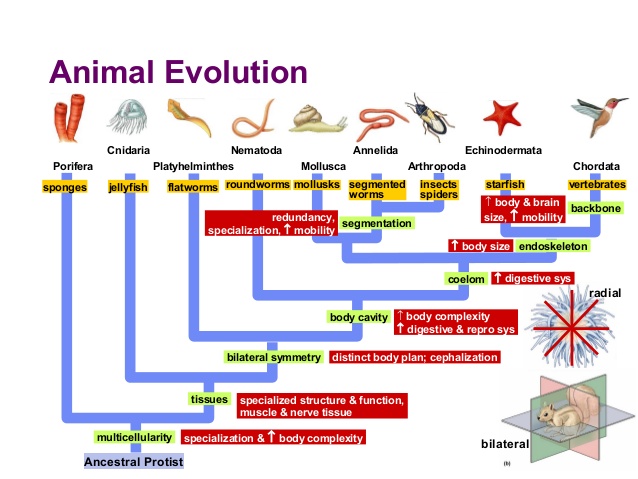 So what about the other similarities that Peterson highlights? Do they exist at all?

Seratonin is indeed found in the brains of both humans and lobsters. In fact, it is found in the systems of most animals and it is generally linked to aggression. As all species share a common ancestor this shouldn't be surprising to us. Clearly, serotonin was a part of our's and lobster's common ancestor. But what Peterson doesn't mention, perhaps because he is unaware, serotonin has a completely different effect in arthropods and vertebrates. In vertebrates lowered levels of serotonin lead to increased aggression. Studies using crustaceans, such as crayfish, have shown that increased serotonin can reverse societal positions (6) as these roles are determined by aggressive confrontation. The lobsters with higher serotonin levels engaged in more aggressive confrontations and were less likely to withdraw, thus they improved their societal standing. With invertebrates, the opposite is true (7). In fact, there are conditions in which the failure of a particular gland to produce serotonin in humans causes unprovoked violent outbursts (8). 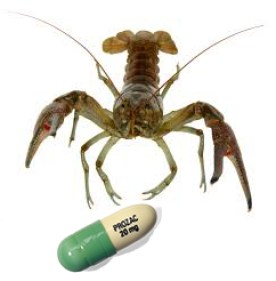 As for Peterson's other statement that "antidepressants work on lobsters" again in the same study as the one linked above Prozac was introduced to lobsters, and a significant effect was found. As in humans, in lobsters, Prozac blocks serotonin uptake into nerve terminals (8). Predictably, as the abundance of serotonin in arthropods has opposite effects to its abundance in the systems of vertebrates, Prozac also has converse effects. So antidepressants do work on lobsters, albeit in a completely different way!

Human hierarchical structures are nothing like those of lobsters. Comparing the two is actually quite laughable. Lobsters are clearly extremely basic animals with a simple brain, much more influenced by body chemistry. Hierarchy is determined by body size and aggression. Clearly, we don't determine our leaders based on the results of UFC matches. Sometimes I get the impression that men like Peterson believe that this is the case, or at least wish it were, that the more aggressive candidate should assume a leadership role. It's a male power fantasy where they will be valued for their masculinity, aggression and physical strength. This is why it is young men in particular that find this nonsense appealing. They desire a world in which advantages are conveyed to them based on their nature and morphology alone. Clearly, our society has moved beyond this, the existence of art, music, science and literature all make Jordan's comparisons to lobsters utterly facile.


There's an epilogue to this story fair readers. Click here to read it.

(8) http://www.cam.ac.uk/research/news/serotonin-levels-affect-the-brain%E2%80%99s-response-to-anger
Posted by Robert Lea at 15:15